Beautiful Artwork in the Heart of Tacoma

Pierce Transit’s downtown Tacoma transit center and bus hub is located along Commerce Street between South 9th and South 11th Streets in the heart of downtown Tacoma. Built in 1993, part of the facility includes the “Waterwall,” a recently decommissioned fountain and active pedestrian ramp built onto the face of the agency’s main bus turnaround facility. The plaza above the Waterwall, Theater Square, is a public space used for special events throughout the year, including the busy Thursday Tacoma Farmer’s Market.

In addition to performing major upgrades to the turnaround facility building over the past year, Pierce Transit is looking for ways to help reinvigorate the area. As part of that work, Pierce Transit, in partnership with the City of Tacoma, have commissioned Mini-Tahoma, an immersive installation that will take the form of a large-scale mural on the face of the Waterwall. The piece was created by local Tacoma artist RYAN! Feddersen, a member of the Confederated Tribes of the Colville Reservation.

Mini-Tahoma reclaims a massive space – two stories tall and 175 feet long – and symbolically connects the Waterwall to the glacier Tahoma, whose waters are the basis of our regional abundance. With a playful nod to set design, the installation will reclaim the site for nature in vivid and imaginative ways.

The idea to transform the Waterwall with art is informed by Transform, a placemaking project partially funded by the National Endowment for the Arts’ “Our Town” Program that worked with local partners, residents, workers, businesses, and transit users to explore how to improve the design, function, and programming of public spaces and streets in the Theater District.

The Mini-Tahoma project is being managed by the City of Tacoma’s Office of Arts & Cultural Vitality and supported by Pierce Transit. Mural painting will occur in June, and the project will be open to the public in July.

We invite you to come by – by bus! – and watch this beautiful space come to life. 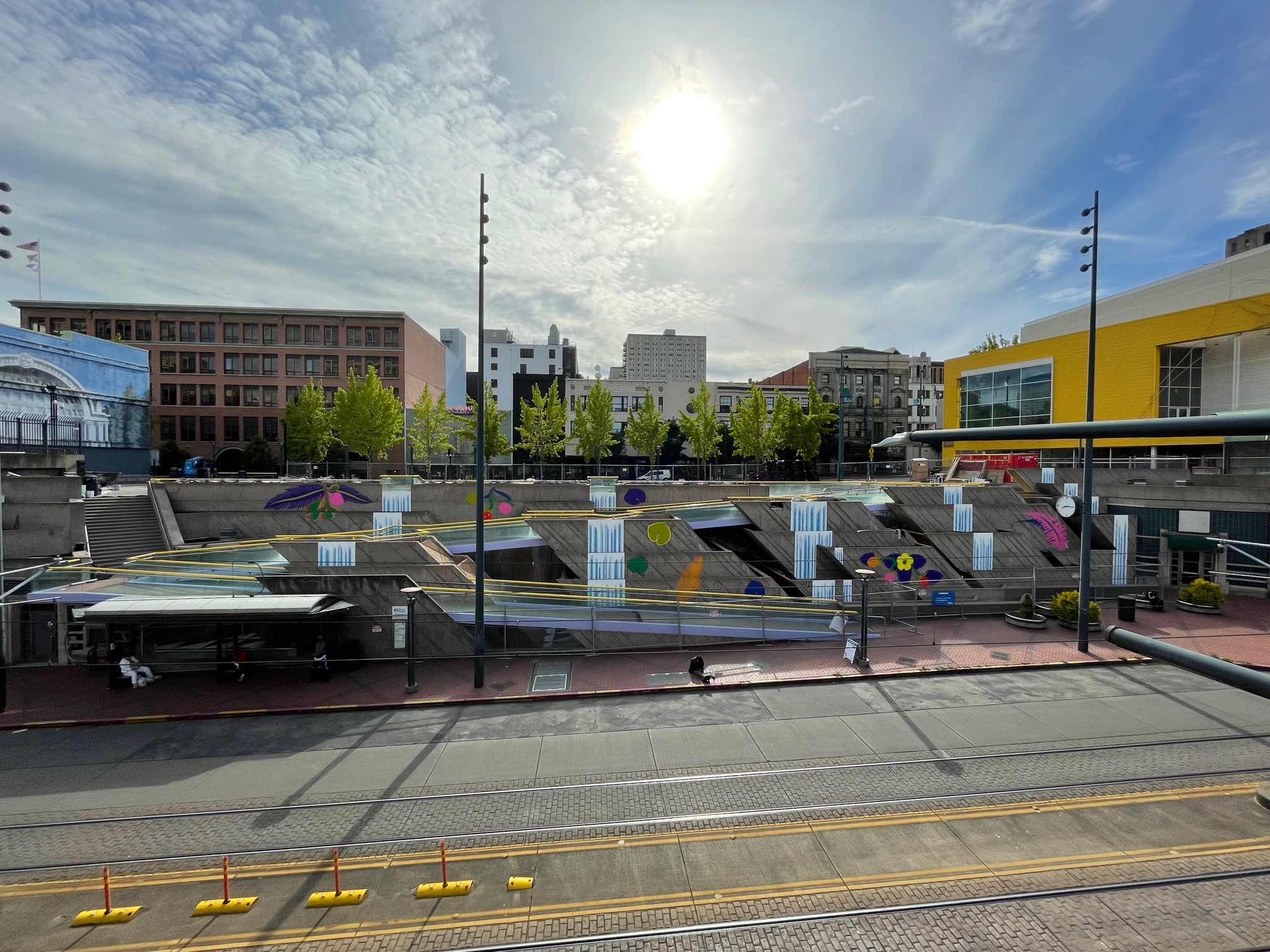 RYAN! Elizabeth Feddersen specializes in creating interactive murals, site-specific installations, and immersive public artworks that invite audience engagement. She received a Bachelor of Fine Arts at Cornish College of the Arts in 2009, then remained in Seattle, working as an artist, curator, studio assistant, and arts administrator, until recently relocating to Tacoma, Washington. Feddersen grew up in Wenatchee, Washington as a part of a creative family with multiple cultural perspectives. She is an enrolled member of the Confederated Tribes of the Colville Reservation, from the Okanogan and Arrow Lakes bands, and of mixed European decent.

About the City of Tacoma’s Office of Arts & Cultural Vitality:

The Office of Arts & Cultural Vitality and the Tacoma Arts Commission play a vital role in supporting Tacoma's arts and cultural programs. They encourage the development of the local arts community through the administration of arts and cultural funding programs, managing the City's public art collection, and producing a variety of public programs that enhance and contribute to Tacoma's local economy. 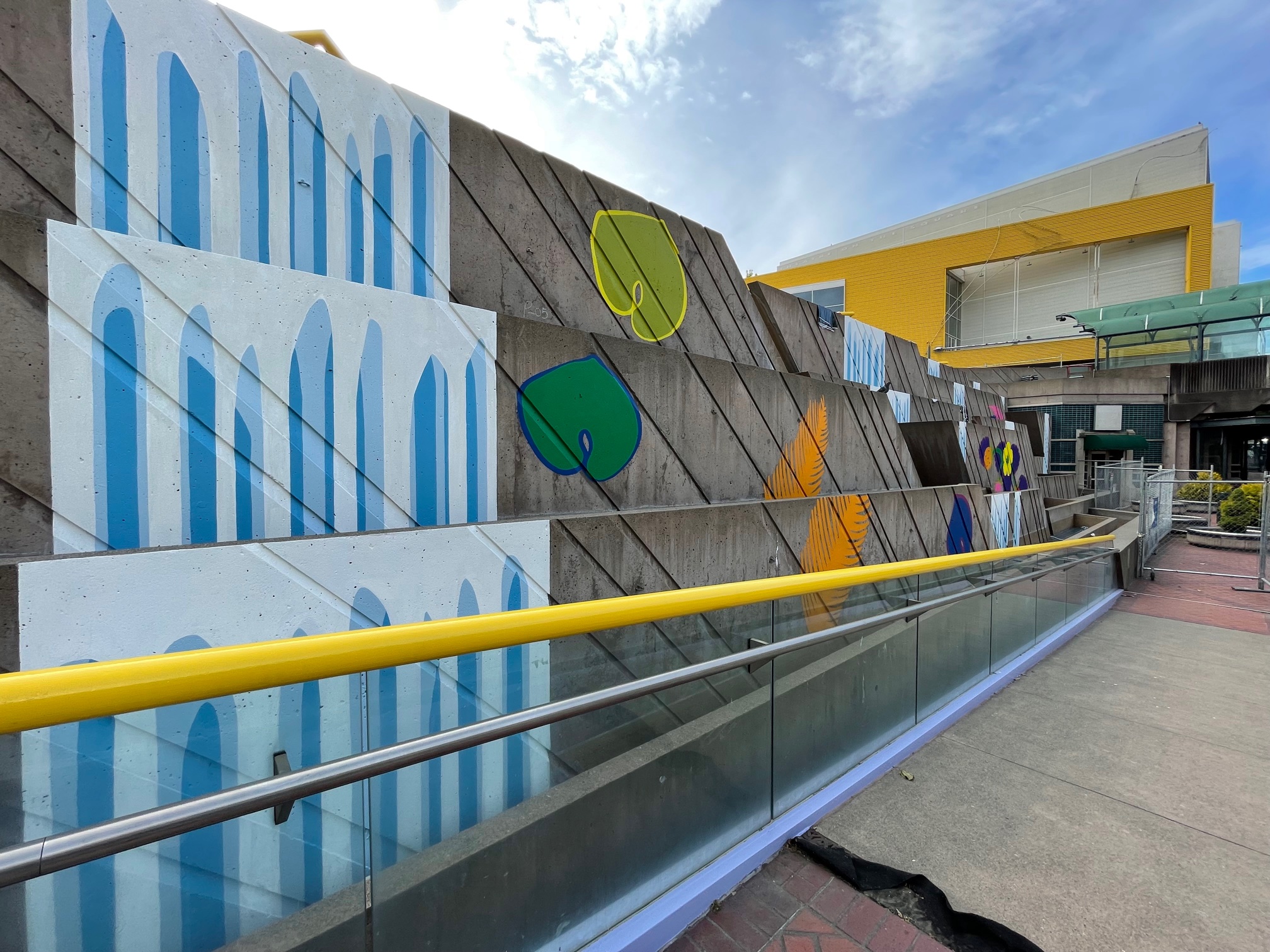