What is the Pierce Transit Tideflats Runner?

The Tideflats Runner provides on-demand public transportation services in commuter-oriented employment zone. The unique patterns and congested street network in the Tideflats area prohibit a regular bus from traveling on many of the streets and roadways. With its smaller vehicles, the Tideflats Runner can get around easily, connecting employees to parking at the Tacoma Dome Station as well as recreation opportunities along Ruston Way. Tideflats Runner service will not operate on the following holidays:

PT Runner service will not operate on the following holidays: 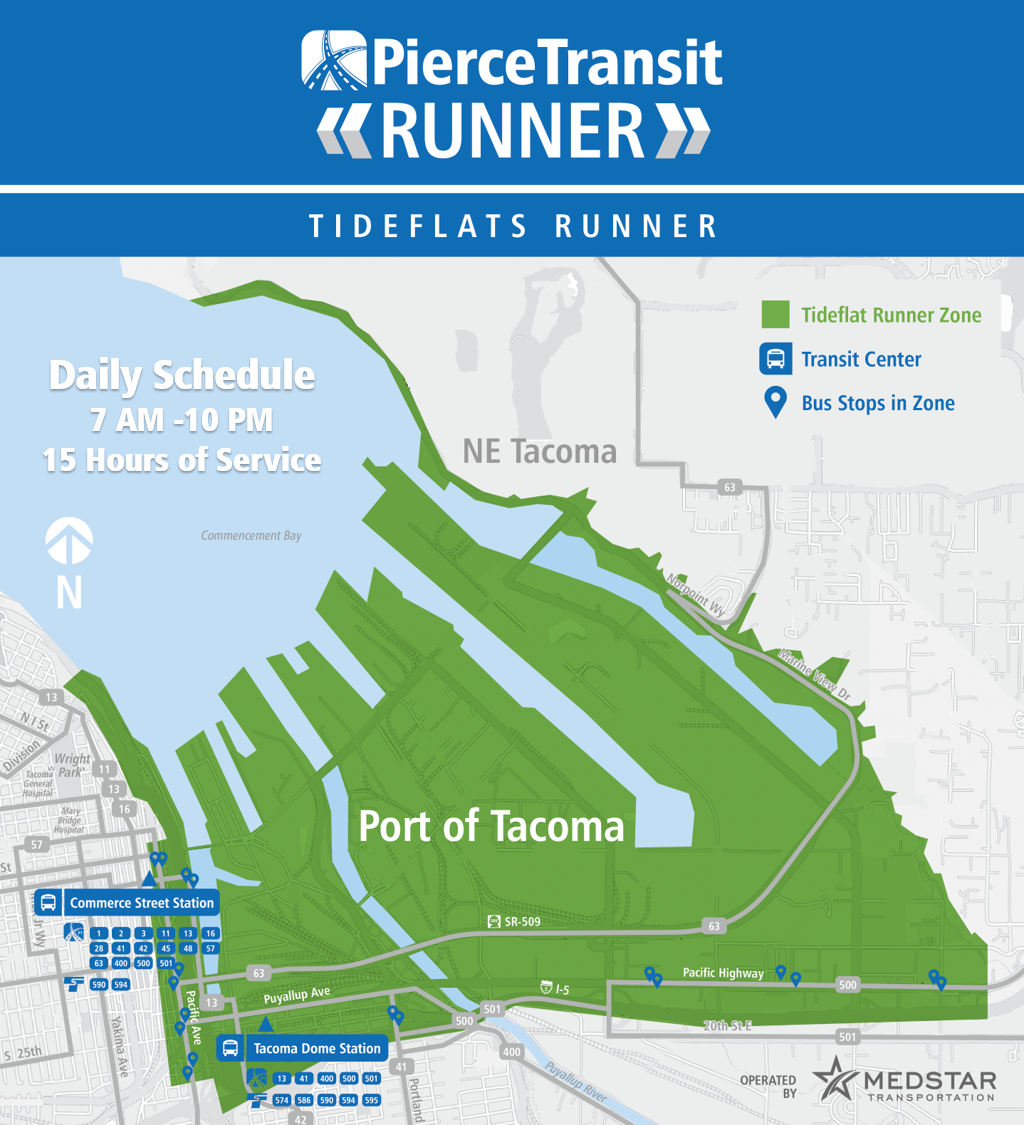 How do I get a ride?

What does it cost to ride and how do I pay?

Pierce Transit Runner has the same fare as riding a Pierce Transit bus: There are no fareboxes on board the Tideflats Runner vehicles so cash fares cannot be accepted.


There are three ways to pay: