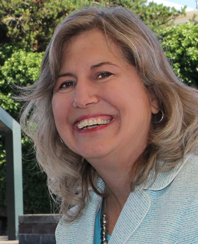 I'm Sue Dreier. I'm CEO of Pierce Transit, where I oversee approximately 916 employees with a $153 million budget. Pierce Transit provides community members with more than 10 million trips a year using 140 buses, 346 Vanpool vans and 100 paratransit vehicles. The Pierce Transit Board of Commissioners selected me for the job in early 2015 and I began my tenure in May of that year.

I came to Pierce Transit from Salem-Keizer Transit in Salem, Oregon where I served as Chief Operating Officer and managed the agency’s day-to-day operations, including fixed-route service, maintenance, security, customer service, and contracted services. I also served on the agency’s Executive Team, creating district-wide policies, goals and values, the agency’s budget, and capital and strategic plans.

Prior to working at Salem-Keizer, I served at Lane Transit District in Eugene, Oregon, where I began my transit career as a transit operator. I held a number of positions at Lane, ending my tenure there as Transit Services Manager. While at Lane I took a leadership role in crafting and implementing an operational plan for the agency’s first bus rapid transit project.

I believe that transit is about connecting people with their communities and is excited about leading Pierce Transit into a new era of transportation leadership and community service.

Please join me by staying informed of our progress at Pierce Transit and how we are working to maintain this vital service and improve our community.