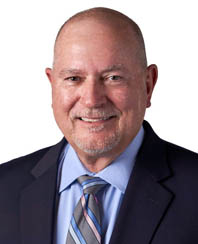 Griffus has served as Pierce Transit’s Chief Operating Officer since 2016, where he directly managed about 80 percent of the agency’s employees, including its 500 bus operators. As COO, Griffus oversaw and managed daily agency operations, including bus and paratransit services, system support and emergency services. He was also responsible for safety and se-curity across the system, including serving as the agency’s Chief Safety Officer, and negotiated the contracts for Pierce Transit to operate Sound Transit’s express bus service, which accounts for more than 40 percent of the agency’s bus operator positions.

Prior to joining Pierce Transit, Griffus served as Chief Executive Officer of Keolis Transit America, a bus, shuttle, taxi and fleet transportation company with links to the largest company-owned light rail system in the world. At Keolis, Griffus managed $140 million in annual revenue and a corporate budget of $6 million. From 2006 through 2009, Griffus was President and Chief Operating Officer of Veolia Transportation, Inc., where he orchestrated the company’s North American Transit Operations. Griffus’s other transportation experience includes serving as Senior Vice President and Regional Vice President of Operations at Laidlaw Education Services, the largest school bus transportation provider in the world; and Chief Operating Officer at Bauer Transportation, Inc., one of the largest luxury transportation corporations in America.

“I am honored and humbled to have the opportunity to serve as Pierce Transit’s CEO,” said Griffus. “While the agency is doing a great job serving our community with the resources at hand, there are still many opportunities to improve and expand mobility options for the people of Pierce County. I look forward to partnering with our talented employees and community partners on that important work in the weeks, months and years ahead.”

The Pierce Transit Board of Commissioners began its nationwide CEO search earlier this year after former Pierce Transit CEO Sue Dreier announced she would be retiring this summer. Dreier served in the role for six years and retired June 15. Executive Director of Administration Amy Cleveland has been serving as Pierce Transit’s interim CEO since Dreier’s departure.