In 2016 Pierce Transit adopted a Long Range Plan (LRP) for Horizon Year 2040 – titled Destination 2040 - as a comprehensive guiding documentation of the agency’s vision and blueprint for providing dependable, safe, efficient, and fully integrated public transport services throughout the South Sound region of today, tomorrow, and beyond.

How can Pierce Transit better get you where you’re going?

Pierce County is rapidly growing so Pierce Transit is keeping pace by updating its Destination 2040 Long Range Plan (LRP). We need your help prioritizing the future for transit service changes and additions.

What would you choose?

The LRP Update offers a vision shaped by fiscal and economic realities and is more closely aligned with service hour growth scenarios than the Destination 2040 Long Range Plan, adopted in April 2016. 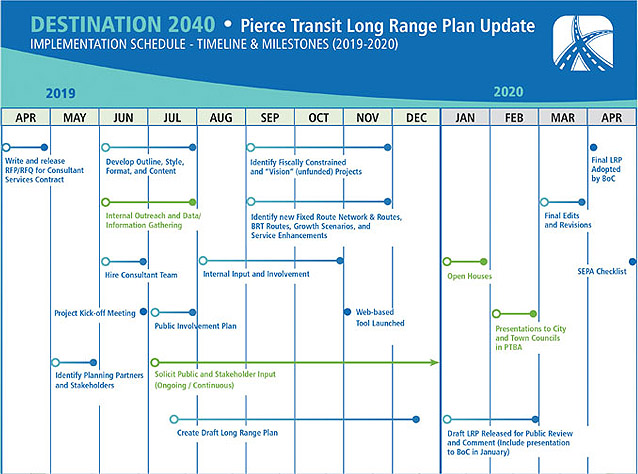