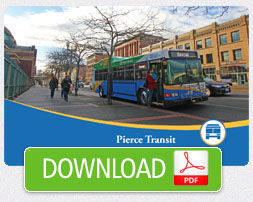 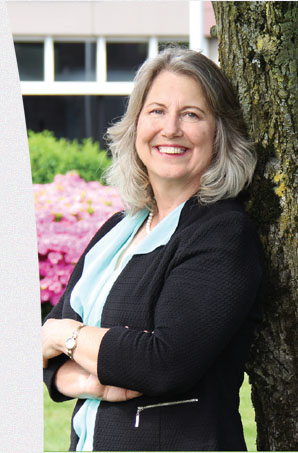 The year 2016 was one of planning and progress for Pierce Transit. We spent much of the year conducting a comprehensive review of the agency’s bus route network and planning a restructure that provides more frequent bus service, serves customers later in the evening and makes the entire system more efficient. As tax revenues have returned, we have focused on providing more bus service on the street. Between 2015 and 2017, Pierce Transit will have restored 71,500 hours of service – a 16 percent boost.

Also in 2016, Pierce Transit adopted its first long range plan, Destination 2040, with input from riders, the general community, stakeholders and planning partners. We also launched a concerted effort to undertake repairs and upgrades at several transit centers and a Park & Ride, giving Pierce County residents the high-quality transit facilities they deserve in their neighborhoods.

These are just a few examples of the work your local transit agency conducted in 2016 to better serve you. In this annual report you will find more details about the agency’s 2016 priorities, and information about services we have planned for you in the future.

Thank you for riding!

Pierce Transit has been providing transportation for people in our community for 37 years. The agency’s service covers 70 percent of the county in 13 cities and towns, as well as portions of unincorporated Pierce County. Pierce Transit also provides connections with other local and regional transportation providers.

How We Serve You

Tacoma Freedom Fair and Air Show
On Independence Day, Pierce Transit provided community members with more than 12,200 express bus rides to the Freedom Fair along Ruston Way. The rides were free, thanks to a sponsorship by the Tacoma Events Commission.

Washington State Fair
Pierce Transit provided our community with 49,119 rides between the Fair and the Tacoma Mall, Lakewood Towne Center and South Hill Mall. The agency also offered a “train to bus to door” service that took Sounder train passengers from the Puyallup Station directly to the Fair’s Red Gate.

JBLM Air Show & Warrior Expo
People in our community enjoyed having an easy way to get on and off base to attend this event. In fact, people rode Pierce Transit’s express service to and from the JBLM Airshow & Warrior Expo 6,400 times.

Pierce Transit is governed by a nine-member Board of Commissioners
made up of elected officials representing thirteen cities and towns, Pierce County, and one non-voting union representative (vacant). Board meetings are held the second Monday of each month at 4:00 pm and are open to the public.

Partnering To Increase ORCA Card Use
In 2016 several Puget Sound transit agencies, including Pierce Transit, received a state grant to help raise regional awareness of the One Regional Card for All (ORCA) card, strategically distribute ORCA cards in underutilized areas and generally increase ORCA card use. There are many benefits to turning cash riders into ORCA card users, including fewer delays as riders don’t have to stop to pay a cash fare. ORCA is also a convenient way for new riders to try the system. The response was overwhelming, with almost 30,000 cards requested, and 26,000 distributed.

Commerce “Placemaking” Project
Pierce Transit owns the Theater on the Square, the open space located atop the agency’s bus tunnel in the heart of Tacoma’s Theater District. With receipt of a $50,000 National Endowment for the Arts “Our Town” grant, Pierce Transit is leading the effort to plan a redesign of this gathering and transportation hub. Goals include improving its use for cultural activities, retaining transit connections, and improving the look and feel of the space through quality design and public art. The planning work is scheduled to conclude in summer 2018.

Electric Buses
In the 1980s, Pierce Transit was one of the first transit agencies to run the majority of its fleet on clean-burning compressed natural gas. We are building on that tradition of environmental stewardship with the introduction of the South Sound’s first all-electric buses, which are expected to hit the streets in the fall of 2018. This leap forward is made possible by a $2.55 million federal grant to help purchase three electric buses and related infrastructure, received by Pierce Transit in 2016.

2017 is bringing exciting options to Pierce Transit’s customers. Among them: